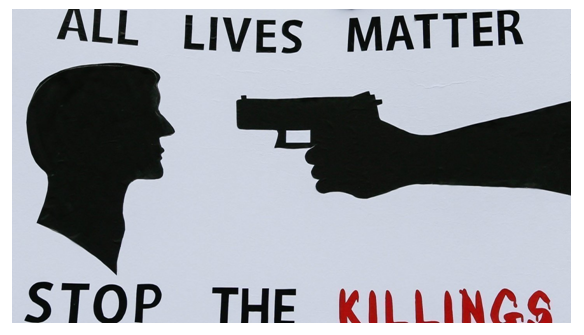 This article pertains to the act of extra-judicial killings or commonly known as encounter killings in India. It traces some of the landmark cases in this regard along with providing an insight into the current scenario.

Vigilantism is something which every civil society is afraid of. Thus, when the police, the very organization who have taken the oath to protect citizens and uphold law and order, take to vigilantism, there is cause for alarm. Police vigilantism in India takes shape in the form or encounters. In recent times, there has been a drastic increase in the number of encounters, the most recent being the killing of Vikas Dubey, the accused in the murder of eight policemen in Kanpur.[1] This incident was preceded by the encounter of the accused in the brutal rape and murder case of a doctor in Telegana. Cases of encounter killings and custodial deaths like that of Jayaraj and Fenix is one of the many examples of police brutality in India.[2] These actions undertaken by the police are in direct contravention of the judicial process and criminal justice system they represent.

The police department of a country is the mouthpiece of the criminal justice system, for it is them who are responsible for preventing crime as well as apprehend those accused of crimes. The police represent a symbol of authority for the public, however there are times when this authority and power vested in them is misused. Police brutality is not a new phenomenon. It has existed in society since the very beginning. However, the recent incidents of police brutality is tarnishing the very core of the criminal justice system of India.[3]

One such example of police brutality is fake encounters. The Supreme Court in the case of People’s Union for Civil Liberties vs State of Maharashtra, brought to notice cases of extra-judicial killings and further laid down guidelines to be followed in cases of grievous injuries in police encounters.[4] This case dealt with the death of 135 people between 1995 and 1997 between Mumbai police and the alleged criminals. Although instances of fake encounters have been seen in cases such as Rohtash Kumar v. State of Haryana through the Home Secretary, Government of Haryana, Civil Secretariat, Chandigarh and Ors[5], and Rubabbuddin Sheikh v. State of Gujarat and Ors, [6] , the 2014 judgement brought the spotlight one of the darkest avenues of the criminal justice system.[7]

Extra-judicial killings or encounter killings is an act which is violative of Rule of Law and even the State cannot violate the right to life of a person under Article 21. However, the police time and again have defended their actions calling it an act of self-defence as in the case of the Hyderabad police encounter,[8] and as part of crime prevention.[9] The history of encounter killings can be traced back to 1924, when Alluri Sitarama Raju, a tribal rebellion leader, was killed by the British.[10] From then till now the cases of encounters have increased every year, and in recent times almost resembling a mob rule in the states.[11]

Human life has been held at a pedestal, not only by ethics, even by the Constitution of India. It cannot be violated even in the rarest of rare cases. Hence, police action of killing the accused or convicted is prohibited by law. These killings have often been justified at the name of justice, however, justice is not taking away human life. Justice is about honouring it.

In the words of Dr Martin Luther King, Jr,

[8]U Sudhakar Reddy, Self Defence: Cops’ Alibi In Case Of Encounter Killings, the Times of India, 8th December 2019, https://timesofindia.indiatimes.com/city/hyderabad/self-defence-cops-alibi-in-case-of-encounter-killings/articleshow/72420576.cms